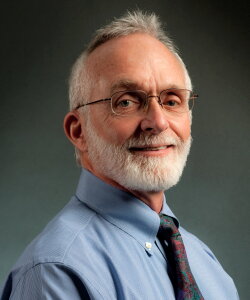 I grew up in the State of Indiana, where I helped raise and care for German shepherds and had other pet animals, including some nontraditional species. I was inspired by my science and other teachers from grade school through junior high and high school as well as in pre-veterinary training at Indiana University-Purdue University in Indianapolis. I also was a wrestler in junior high and high school, until I started working in restaurants, grocery stores, construction, and small animal practices. I benefited greatly from mentors at Michigan Road Animal Hospital in Indianapolis and the School of Veterinary Medicine of Purdue University, as well as from my many colleagues over the years. After finishing my DVM, I practiced small animal medicine and surgery in Asbury Park, New Jersey, and in my own practice in Dayton, Ohio, for a total of six years.

After my PhD and residency in toxicology at the University of Illinois, I joined the faculty of the College of Veterinary Medicine there, was promoted to Associate and Full Professor, served for several years at the Chair of Pharmacology and Toxicology and then as Assistant Head for the Department of Comparative Biosciences.

At The Pennsylvania State University, I served as Professor and Head of the Department of Veterinary and Biomedical Sciences from September, 2014 to November, 2016 and then as Professor of Veterinary, Wildlife, and Ecological Toxicology until retiring from there at the end of June, 2020.

I married Victoria Nahas, an artist, in 1971, and we have two daughters, Lelah who is a PhD student in art education and a fine arts curriculum and instruction specialist, and Livia who founded the Children's Media Association, and writes and produces educational television for children, as well as two granddaughters, Madeleine and Abigail, and one grandson, Darien.

Initial studies, using funding obtained by Dr. Bill Buck, mentor for my PhD and residency, and Dr. Richard Bevill, former Head of our Department, focused on the fate and effects of trichothecene mycotoxins. My PhD in this regard addressed T-2 toxin in particular. When this agent was reportedly used as a chemical warfare agent in Laos, Cambodia, Afghanistan, and Yemen, we acquired funding from the Department of Defense to answer important questions on toxin fate in the body, pathophysiologic effects culminating in circulatory shock, gross, microscopic and ultrastructural lesions, and rational therapeutic interventions. To establish an independent research program, I worked with a terrific group of colleagues, postdoctoral researchers, graduate students, and technicians on studies of fumonisin-B1 (another mycotoxin), as well as cyanobacterial toxins, including microcystins, nodularin, anatoxin-A, and anatoxin-A(s) (recently renamed guanitoxin). The cyanobacterial toxin work was funded by the Department of Defense and National Institutes of Health. Other research efforts included studies of the effects black walnut shavings on horses; 2,4-D on dogs; citrus oil extracts, chlorpyrifos and PBDE-based flame retardants on cats; and lead residues in dogs; PCB residues in domestic fowl and wild Canada geese; and heavy metals in Arctic polar bears, ring seals, and beluga and bowhead whales. The leader of the latter project with Arctic marine mammals was Dr. Todd O'Hara, now of Texas A & M University's College of Veterinary Medicine.  A concerted effort on the basis for amphibian declines, which has encompassed toxic, infectious, habitat-related, and other stressors was undertaken in collaborations with many other scientists, including Drs. Lauren Brown, Christopher Philips, Lucinda Johnson, Catherine Johnson, Rebecca Cole, Marilyn Ruiz, and Jason Rohr, as well as a number of splendid postdoctoral associates, graduate students, veterinary students, undergraduate students, and technical assistants.  Funding for the amphibian projects came from a wide variety of resources including the Shedd Aquarium, the University of Illinois, conservation foundations, and the US EPA Science to Achieve Results Program.  I also had a good deal of fun acting as a mentor for Dr. Matthew Allender, who did his MS with Drs. Phillips, Dr. Mark Mitchell, and me on infectious diseases of massasauga rattlesnakes.

At the College of Veterinary Medicine of the University of Illinois

At The Pennsylvania State University

I try to challenge and inspire students not only with ideas and possibilities, but also with needs and role models. Students tend to know what needs to be done in the world. They are looking for mentors to help them do it. They need efficient ways to sort information and ways to prioritize their efforts to address the most urgent and the most important long-term needs, and to have an effective strategy to make a living as they go forward.

Creativity is in the eye of the beholder. My major creative outlet has been in identifying and helping capable young and older people to get together and organize their thoughts and careers and then to take chances trying to make things better for our short- and long-term future. I try to encourage people to act on their dreams in the world of today, and to work with what we have left in order to create a brighter future for biodiversity, terrestrial and aquatic wildlife, domestic animals, and our fellow human beings.

A One Health Talk from 2011:   Shining Light at the End of the Tunnel of Emerging Diseases & the Sixth Extinction (Presentation at the University of Wisconsin in April, 2011):

Interviews and Presentations at the One Health, One Planet Symposia of the Phipps Conservatory in Pittsburgh, PA

Successors to the Canary in the Coalmine:  Diagnosing & Avoiding Poisoning of Ecosystems, Animals, & People in Today’s World.  Part of a global 24-hour set of continuous lectures offered through the University of Georgia, College of Veterinary Medicine.  March 10, 2018.  For information, see:  https://www.wikivetlive.com/single-post/2018/02/02/Speaker-Spotlight-Val-Beasley Links to this presentation:

Harmful Algal Blooms and Dogs, a Presentation for the Regional Science Consortium (of Northwestern Pennsylvania)

Diplomate, American Board of Veterinary Toxicology

Quoted in an interview regarding the 50th Anniversary of the founding of the American Board of Veterinary Toxicology.  The text appeared in the June 28, 2017 edition of the Journal of the AVMA.  https://www.avma.org/News/JAVMANews/Pages/170715h.aspx

Quoted from interview regarding cyanobacterial toxins.  The text appeared in the April 15, 2018 edition of the Journal of the AVMA, which focused on environment as the bedrock of One Health.  https://www.avma.org/News/JAVMANews/Pages/180415c.aspx

Quoted from interview regarding cyanobacterial toxins and poisonings of domestic dogs.  The text appeared in the August 12, 2019 edition of the New York Times.  https://www.nytimes.com/2019/08/12/us/blue-green-algae-dogs.html

The New York Times interview on cyanobacterial toxins and dogs above was also cited in newspapers of Chattanooga, Tennessee and Columbus, Ohio.

Quoted from an interview in WebMD regarding cyanobaceterial toxins and poisonings of dogs.  The text appeared in the August 14, 2019 edition of WebMD. https://pets.webmd.com/dogs/news/20190814/toxic-algae-kills-dogs-across-the-country

Quoted from an interview with Go Erie of Erie, Pennsylvania, regarding cyanobacterial toxins and poisonings of dogs.  The text appeared in the August 24, 2019 edition of Go Erie.  https://www.goerie.com/news/20190824/harmful-algal-blooms-pose-threat-to-dogs-in-erie-county

Quoted from an interview with National Public Radio regarding cyanobacterial toxins and poisonings of dogs.  The text appeared in the August 27, 2019 edition of NPR Illinois. https://www.nprillinois.org/post/dog-killing-blue-green-algae-spreads-across-us-lakes-ponds#stream/0